“When I started working with you Mark, I got a couple of clients almost straight away in the first few weeks” – Says Lee Who struggled for years to start his coaching business.

Lee has been a part of the UK Marine Conventry for the longest time. When he left the Marines, he decided to start a fitness business which he ran for 8 years. It was Lee's ultimate wish to turn his fitness business into a life coaching business but he struggles massively with finding clients.

Prior to the Link Prenuer course, Lee was distressed and burned out completely.  Despite being good at his coaching services, he was finding it hard to get clients. He even tried Facebook marketing but according to him "Facebook is more of a who can shout the loudest competition". Lee was worried that due to his bad knee, he could not run his fitness business anymore and he urgently needs to get his coaching business running that's when he enrolled in Link Prenuer.

The massive change that happened to Lee with the program was the regaining of his confidence as he was losing hope in himself. Soon after he joined the program, he started getting more and more leads resulting in a closed client within a week. He first found it hard to get on a call with a client and explain his business and why his business was worth investing in.

Lee was also unaware of LinkedIn’s potential as all his focus was on Facebook by then. He started working on his LinkedIn account and the automated approach he learned through the program, helped him close multiple clients via LinkedIn.

“I just followed the process that you taught me on your modules. followed the coaching and just did as I was told and yeah, I've been getting clients”

He was also skeptical before investing in the program but within a few weeks, he was able to derive astounding results which returned all of his investment way before he expected. Lee has some big plans for the future but as of now, he's happy that his business is growing exponentially. 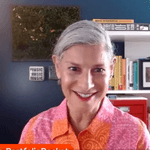 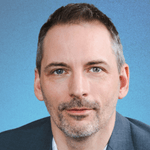 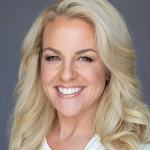